My speculative design involves the events and effects of anthropocene that would occur should oil run out on our planet, an with it the methods for creating materials such as plastic would fade. Humans would over time move away from industrial forms of living and take on a more natural sustainable way of life, reconnecting with nature and relying more on resources that can be reproduced. the speculation goes further towards what would happen if this society uncovered a city beneath their own similar to the shack towns of modern day, and this site would have housing constructed by what we today consider garbage. this speculation leads to how they would react and how would such a society look upon materials that are not produced from nature but rather made by us (plastic) and how this would lead to a change of values. I believe that this would lead the society to excavate the city in much the same way that we do ancient ruins. I speculate that the methods would be similar to archeology and that what was once garbage such as plastic would now hold value and the marking we use today to classify plastic (PVC) would be seen as glyphs to mark a material that is foreign to nature. Reacting similar to archeologists these people would make speculations of their own as to what these materials (garbage plastic) would have been used for.

The World without Oil

The world is now a place where oil no longer exists, it has been used up and as time flowed the methods for building plastic and other materials has gone 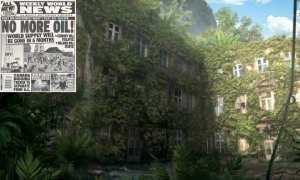 NATURAL WORLD MEETS REMNANT OF THE PAST

Without Oil, people have taken to bui;ding closer to nature, relying on wood to make their housing. 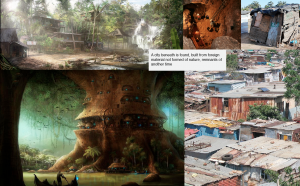 A Garbage City is found beneath the land, built from materials known in the past as garbage made from and unkown civilisation.

What would they excavate?

The remains of a city of garbage

Why would they excavate it?

Because the citiy appears to have been built from the remains of garbage materials that may give them insight to the people of that time.
Where would the excavate it?

How would they excavate?

Using excavation equipment similiar to the excavation of primitive man.

What would they find as they excavate it?

They would find houses, tables and various othe objects built from plastic, metal and garbage that had been worn and discade by what belonged to other civilisations.

A Shift in Values

People would begion to categories plastic and metals in the same we we do precious minrals such as gems and diamonds.

I have speculated that when the values materials shift, as they excavate the people will identify the value of the material using ancient identification using excavation techniques

Here I have conducted a Speculative prototype based on the information seen above, demonstrating this societies reaction to the unnatural materials found in the garbage city.

The excavation of Garbage City 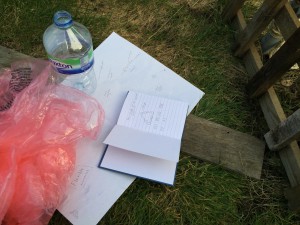 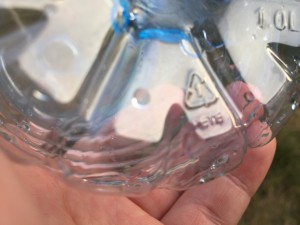 Speculation of the use of object 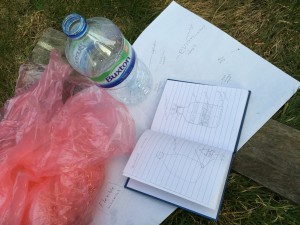 To thoughts view this speculation, I am open to you opinions of how you believe a society distanced from man made materials would react to a city made by unnatural materials.